Last Day of Winter. Tennis Anyone?

It is official. Sunday, March 20th is the first day of spring. Our recent discussions about spring activities are no longer wishful thinking as the spring vernal equinox has arrived here in the northern hemisphere.

One our of favorite spring times activities are accesible a little earlier than normal for those in the Petoskey area. The lower public tennis courts have the nets up for the season and there have already been some friendly matches taking place. The tennis courts are located on Hill Street on the Petoskey High School campus and are maintained by the city. Typically the courts are still snow covered in mid to late March. The lower courts are in overall great shape, however, there are no lights for night-time matches. The upper courts just across the street are lighted, but are in older shape. There is a plan to give the upper courts a full facelift in the near future. The Petoskey High School & Middle School Tennis Teams utilize the courts along with the city's programs, but there are almost always courts available for general play by the public.

A few of the great things about these courts are the proximity to several Petoskey neighborhoods, easy accessibility via sidewalks & trails, and the now centralized school athletic complex. Residents on East Mitchell Street have a non-motorized path connecting East Mitchell Street directly with Hill Street. The neighborhoods to the west have easy access the trail at the end of Hoffman Street and a trail head on Kalamazoo Street makes for a nice walk to the complex as well. Those living to the south of the complex can access via a boardwalk off of Northmen Drive.

Construction continues around the courts and school campus this spring. A comprehensive plan was implemented last year. The project features many improvements including a new synthetic turf football & soccer field with stadium seating capacity for 2,000 fans, an eight-lane track, an additional natural turf soccer/lacrosse field, three multipurpose practice fields, a groomed 5K trail for running, skiing or snowshoeing, and various other infrastructure upgrades. All of these improvements will enhance the entire campus and it will end up being one of the premier athletic complexes in the state. With the majority of the facilities available for public use, all of the surrounding neighborhoods really are getting an upgrade as well. Imagine being able to XC-ski on 5k of trails, play tennis, run the track, walk the trails, attend all of your children's games or band performances just down the street from your new in-town home! With McDougal Road now connecting to Northmen Drive, improvements to Northmen Drive itself, and parking improvements there will be minimal increased traffic as the majority of traffic will still enter from Mitchell Street just outside of the city limits.

Also of note this spring, the city of Petoskey sections of the Little Traverse Wheelway are snow free & more or less ready for you to enjoy. Sections outside of the city may not be totally clear as they are maintained by the county & volunteers. In recent years, snow has covered parts of the trail until May. 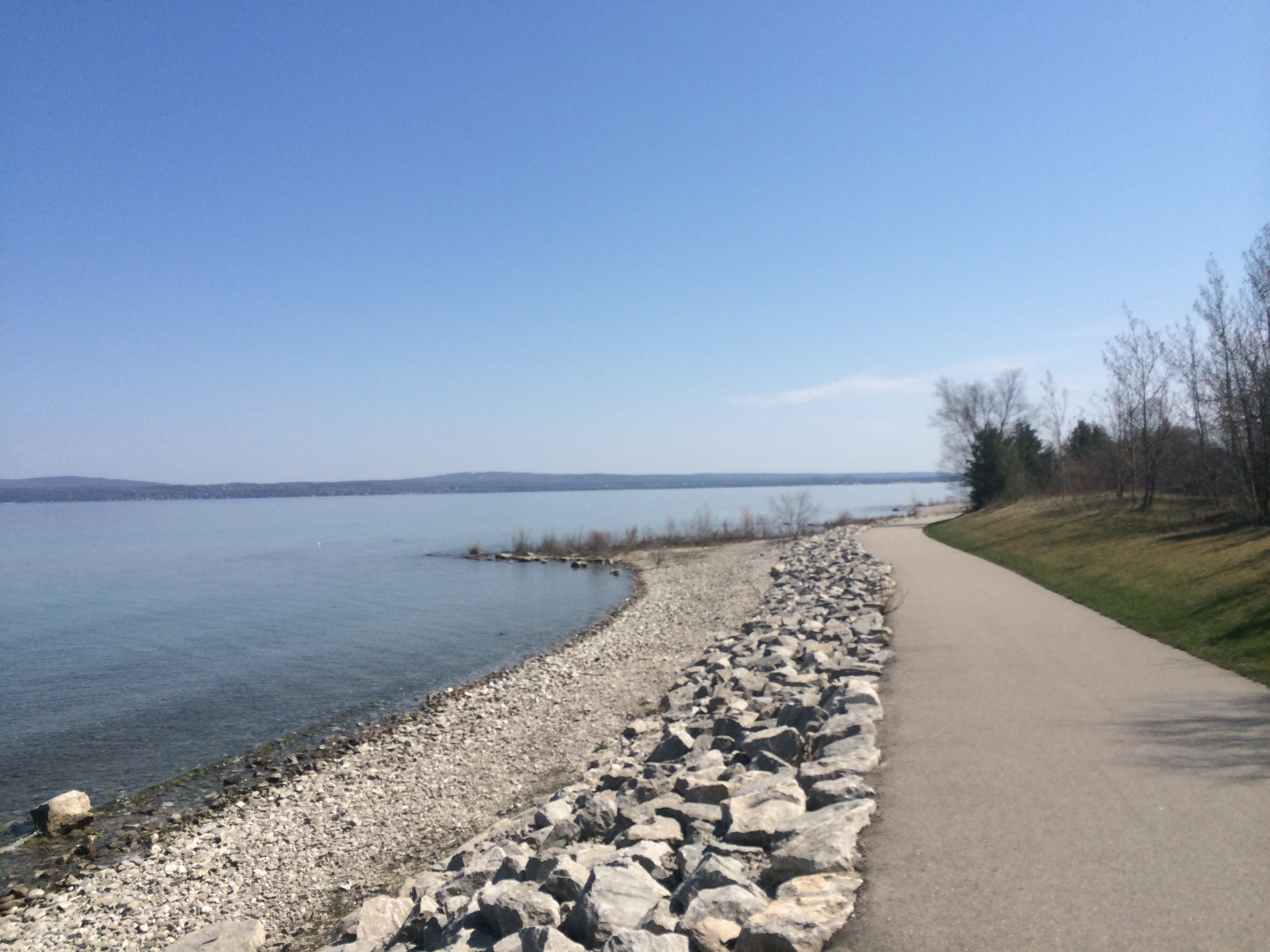 We hope you are getting out there and enjoying the Petoskey area and if it's not home yet, sign-up for an account with our search to find your new Petoskey home today. Follow us on Facebook for a glance into what's going on around the area.